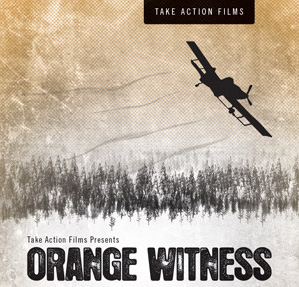 It’s also wallet-friendly, with select screenings costing as little as $5 and an all-access pass clocking in at a manageable $110.

As the official blurb notes: “With approximately 100 Canadian and international films to choose from, and artists and filmmakers from all over the world, festival-goers have a chance to get up close and personal with those that are helping to shine a light on the stories and issues that matter most.”

And that’s no hollow boast. Launching the fest is filmmaker Caroline Bâcle’s timely Lost Rivers, “an adventurous and revelatory look into the disappearance and recent uncovering of historic waterways;” the film gets its world premiere in a gala presentation.

The film takes viewers to Greenland, Iceland, Switzerland, Bolivia, the U.S., Canada and beyond; Chasing Ice opens to the public post-fest.

Other hot-button topics in the spotlight include organic foods and farming (In Organic We Trust), wildlife (The Buffalo Wolves, A Sea Turtle Story), social activism (Occupy Love), deforestation and reforestation (78 Days), industrial devastation (notably asbestos in Canary in the Mine) and many others.

Of particular note is award-winning Toronto filmmaker Andrew Nisker’s Orange Witness, which charts the fall-out from Agent Orange – first used by the U.S. military during the Vietnam War and later (and much more insidiously) as a common pesticide in Canada, the United States and New Zealand.

Additionally, Chasing Ice’s Balog and homegrown filmmaker Jennifer Baichwal are both slated to be dubbed Eco Heroes and honoured for their work, according to statements from festival artistic director Kathleen Mullen, herself a noted filmmaker. And the award is kind of a big deal – past recipients include David Suzuki and Margaret Atwood.

The full programming schedule and ticket information is available on the Planet in Focus website. And just think how much you could impress a forward-thinking date with two tickets to a socially important film, followed by a fair-trade coffee. Environmentalism is sexy, after all.