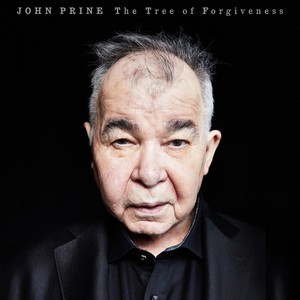 Legendary folk singer and songwriter John Prine is releasing his first album of new material in 13 years with a magnanimous gesture: the proceeds of every pre-ordered copy of Tree of Forgiveness bought through the PledgeMusic website prior to its April 13 release date will be donated to Majory Stoneman Douglas Victims Fund.

The Parkland, Florida high school was the scene of the horrific mass shooting on Feb. 14 that claimed the lives of 17 people and left 17 more with injuries.  “Funds will be used to provide relief and financial support to the victims and families affected by the mass shooting at Majory Stoneman Douglas High School in Parkland, FL,” it says on the page.

The Fund has raised millions of dollars. A Steering Committee, led by former U.S. Senator George LeMieux, will work closely with the National Center for Victims of Crime “to establish protocols, timelines and procedures for distributing funds,” it states on the Go Fund Me page.

“This is a very sensitive, complex and thoughtful process and one that the committee takes very seriously. The committee will create a draft protocol for distribution of funds and will host Town Hall meetings for public input. The goal is to help the victims’ families, survivors and those impacted by this horrific atrocity as much as possible, and as quickly, fairly and efficiently as possible.”

The Act also includes $69 million (U.S.) earmarked for mental health assistance in schools, since the alleged shooter was a Stoneman student.

Some of the high school’s students also formed Never Again MSD, an organization that demands legislative action to prevent similar shootings, and the tragedy also triggered the March for Our Lives movement, which results in millions of people partaking all over the world in a march to protest gun violence.

Prine’s The Tree of Forgiveness is available in a number of configurations on PledgeMusic: $13 (CDN) for the digital version, $19 for the physical CD, $32 for vinyl, $45 for an autographed CD, $64 for an autographed vinyl album and $1289 for a vinyl test pressing signed by Prine.