How To Help: GoFundMe Campaigns Set Up After Nova Scotia Mass Murders 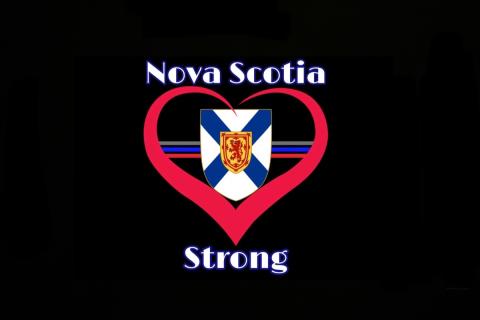 The 22 victims of Gabriel Wortman’s senseless killing spree in Nova Scotia last weekend are being mourned across Canada, and the families of those slain haven’t been forgotten either.

Compounded by the economic hardship due to COVID-19, six campaigns were quickly launched on the GoFundMe crowdfunding site to raise money to assist victims’ families with various funeral costs, and related needs, resulting in some cases from the destruction of property. Two of the campaigns have since merged.

Here’s a look at the five:

Jolene Oliver, 39, her husband Aaron Tuck, 45, and their daughter Emily Tuck, 17, were killed in their home. They were originally from Alberta but moved to Nova Scotia, where Aaron’s late parents lived.

Tammy Oliver-McCurdle, Jolene’s sister, organized a fundraiser. The remaining family members live in Alberta and need to cover the costs of bringing the three victims back there, and to arrange memorials both in Alberta and Nova Scotia. All of this must be done in a province-to-province COVID-19 quarantine environment, which complicates matters.

Any funds remaining after the late family’s personal affairs are taken care of, their remains are moved, and three memorials are held will be used to create The Emily Tuck Bursary for young girls who would like to get into trades. Emily was involved in a community trades program and was going to become an apprentice welder before her life was taken.

McCully was a teacher at Debert Elementary School in Debert, located about 20 minutes east of Portapique, where she lived across the street from Wortman and where the tragic events began.

The single mother was often seen around town with her two school-aged children, and her fondness for and interest in young people was further shown through her development of online learning plans for students after her school was closed due to COVID-19. McCully had previously been a vice-principal at another school before electing to return to teaching five years ago.

A fundraising goal of just one dollar was originally set, and it has been far surpassed. As of the evening of April 22, 181 donors had contributed $21,667.

Justin H and Kelsy H organized a fundraiser to collect money to support the 22 victims’ families so that they can respond immediately as the need arises.

“To make matters worse, many families are dealing with not only the loss of (at least) a loved one, but also the destruction of property,” it says on the fundraiser page.

“In the coming days, weeks, and months, the families of the victims will have many monetary needs, especially as we continue to struggle with the effects and limitations of COVID-19.”

Anyone who needs help, or who knows someone who does, are encouraged to reach out to the organizers through their GoFundMe page. More specific details will be provided regarding specific money use as beneficiaries are identified.

Darrell Coffin and Brad Richard organized a fundraiser to collect money for all of the families affected by the tragedy through Canada’s 911 Ride – Atlantic/Quebec.

“Our mission is to host an annual police escorted motorcycle ride to raise funds and awareness of the foundation's causes,” it says on the fundraising page.

“This includes helping families of fallen emergency service personnel, helping children who were victims of violent crimes, as well as working in conjunction with the Mikey Network to make public defibrillators more readily available to help save lives in our communities.”

The rides, which can stretch as long as four kilometres long, began 14 years ago. This year’s Atlantic Ride is scheduled for June 13 and 14 in Prince Edward Island.

Adam Stiles, a Sackville, N.B. volunteer firefighter and full-time truck driver, organized a fundraiser in response to a request from truckers, their families and members of the Atlantic Canada Truckers Facebook group.

“We are a trucking community of over 5,000 Members who want to give back to the victims of this horrific tragedy,” it says on the fundraising page.

Arthur Rekshta of Okotoks, Alta., a police officer with a wife and three young sons, organized a fundraiser because he’s seen how people struggle and what they go through after losing loved ones.

“I am planning to either contact a local fundraiser on good terms and donate all the raised funds to that group making sure to check the validity of the fundraiser or depends on the amount raised, to work with the local community, authorities and deliver the funds to the families of the victims,” Rekshta wrote on his fundraising page.

“We live in a strong and beautiful country that does not have the place for violence and no person should go through such a tragedy.

“If you have it in your heart, I am asking you to stand together in these tough times for so many people that have been affected by this event and donate whatever you can to the victims and their families.

“The money will not help to bring the loved ones back or diminish the trauma, but it will definitely show our united love and support.”