Giving A Pet For Christmas Puts Strain On Shelters 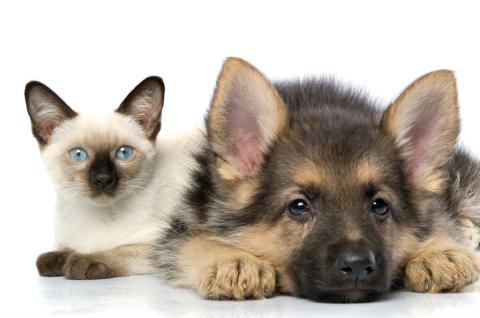 The best Christmas present I ever received was my dog Lady. She was two and I was six when my grandmother got her from a shelter and gave her to me, and that loveable mutt was a very important part of my life until she passed away 10 years later.

Unfortunately, many similar stories of people giving and receiving pets at Christmas don’t have such happy endings.

Despite the best intentions of a person giving an animal, it often isn’t what the recipient is looking for. The person may not want a pet at all, or may desire a different size or breed, or perhaps a different type of animal altogether. When this happens, the animal often ends up in a shelter and in need of another loving family to adopt it.

"Many people think that a friend or family member would love to receive a surprise present at this time of year,” says Humane Society of Canada executive director Michael O’Sullivan, who’s been involved with animal protection for 40 years and has a house full of dogs and cats.

“While people on the receiving end of the furry gift will likely be surprised, people need to remember that choosing a pet who will become a part of your family for many years is an extremely personal decision. Our experience has shown that it’s always better to let the people who will be living with the animals for the next 15 or 20 years make that choice."

Giving pets as presents isn’t as common as it once was, according to O’Sullivan, but it’s a practice that continues and puts a strain on shelters every January as owners return unwanted animals.

“Shelters were originally set up as temporary way stations to find homes for animals. They weren’t set up to try and handle a sudden influx of animals that people should never have really adopted as pets in the first place. It does overcrowd shelters and there are only so many good, loving homes.”

O’Sullivan places part of the blame for this problem on pet stores and breeders that push people to buy animals as gifts — perhaps more interested in making a buck than in the welfare of the animals.

“A lot of commercial places that sell dogs, cats and other animals don’t require that they be spayed or neutered,” he says. “We’ve seen horror stories of somebody adopting a pregnant rabbit or a pregnant dog. Those are the kinds of surprises that nobody really needs.”

While dogs and cats are the most common animals given as gifts, O’Sullivan says they aren’t the only ones. 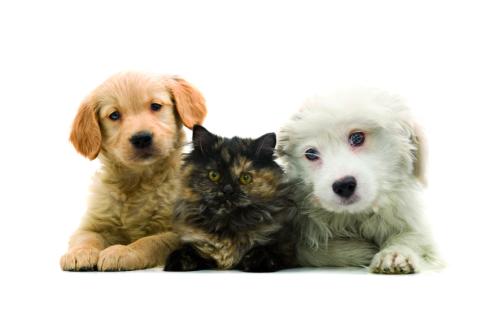 “There are birds, fish, gerbils, guinea pigs and rabbits, and they all have special needs. It may well be that the people you’re giving a rabbit or a bird to have never had one before. It’s always better before you get any type of pet to have everything set up first.

“If you’re going to get a fish, then you should have the tank up and running for a couple of weeks. If you’re going to get a bird, you should have a really big cage and all of the proper food in place. If you’re getting a dog or cat, you need food bowls, proper food, leashes, litter and a litter box for a cat, and so on and so forth. It’s much better to have all of that ready ahead of time.”

The holiday season is a particularly busy time for many people, and introducing an animal to a new environment, trying to train it and making sure it doesn’t sneak out as guests enter and exit the residence can make for a stressful time for human and animal alike. O’Sullivan emphasizes that the best bet is to avoid these potential problems altogether by not turning animals into presents.

“The worst thing that can happen is that people have great intentions, but it just doesn’t work out, and that wrecks it for everybody — especially the animal. If it doesn’t work out, they’ve been taken from a shelter environment and all of a sudden they’ve found a great home and are starting to get settled in and become happy, and then a week later they’re back in a shelter or at somebody else’s house. It really knocks them out of whack.”

There are also particular hazards to be aware of when introducing a pet to a household over the holiday season. Pets should be kept away from electrical cords that illuminate Christmas lights, and they should never be left unattended around candles. They should also be kept away from plants associated with the season — including mistletoe, Christmas rose, Christmas cactus, holly, ivy, lily, poinsettia, star of Bethlehem, yew, jequirity bean, Jerusalem cherry and hibiscus — which can be toxic to animals.

“Dogs can knock over the Christmas tree, while cats may try to climb the branches, so it is a good idea to safely secure trees in homes with pets," adds O'Sullivan. "Don't use tinsel, ribbon, liquid bubbling lights or decorations made of food or which can break into tiny pieces, as they can cause a variety of problems. Animals should be kept away from the tree's reservoir and tree preservatives should not be used in the water.”

O’Sullivan offers these thoughtful alternatives to giving pets as presents:

• Surprise your friends or family with the idea of getting a pet that they personally select at an appropriate time by wrapping something the animal will need, such as water/food bowls, pet care books, a leash or a collar. Buying a Humane Society of Canada first aid kit could save a pet's life, and the money spent buying it will help other animals in need.

• Give a card indicating that you’ll accompany the person, when he or she is ready for a pet, to the animal shelter or pound and help pay for the animal or to have it spayed or neutered at an appropriate time.

• Make a donation, in the recipient's name, to a charity that helps pets.

• Provide practical information pertaining to the care, costs, responsibilities and commitment involved in raising a pet.

You can find out more about the Humane Society of Canada, including what it does and how you can help it, by visiting its website at https://www.humanesociety.com or phoning 1-800-641-KIND (5463).