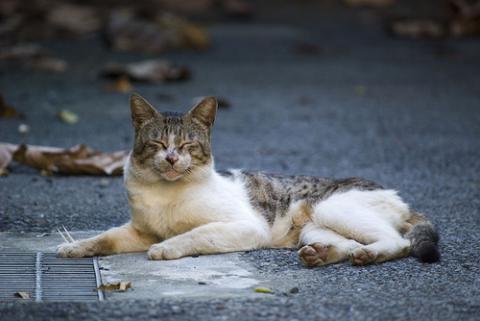 Wintry weather has arrived across Canada and, while many homeless people may choose to take refuge in shelters to escape the cold and eat a warm meal, animals on the street can’t make those decisions.

Lost or abandoned pets, and especially feral cats that may have never experienced human love, can be found everywhere. Estimates of the number of homeless cats in Toronto alone range from 100,000 to 300,000, according to the Toronto Humane Society. Luckily for these poor animals, there are people who care and want to help. But despite their valiant and admirable efforts, it’s still not enough.

“Unfortunately, the need is far greater than the ability of cat rescues in the city to eradicate the problem,” says Gayle Gossen, the chair of Toronto’s Annex Cat Rescue. “There are a number of cat rescue organizations in the city, and we all cannot meet the demand. There are more cats out there than we can rescue.

“Part of that is a money situation because we need to raise funds to get the cats neutered and spayed. If they’re tame enough, we’ll bring them into the adoption program. And if they can’t be tamed, we release them back into their colonies. With the colonies that are lucky enough to have a cat rescue organization capturing, feeding and monitoring them, we monitor the health of the cats. We’ll trap any sick cats and give them vet care and adopt them out if they’re tame enough or release them if they can’t be tamed.”

Having a male animal neutered can cost from $200 to $400, and getting a female spayed is even more expe 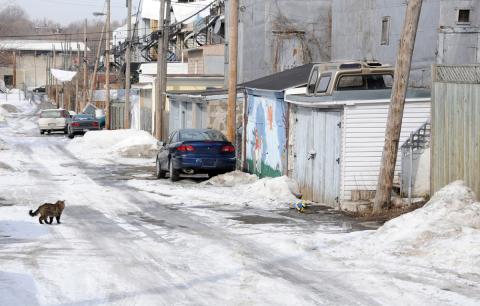 nsive, with prices ranging from $300 to $600. Gossen recommends calling around to different veterinarians and animal hospitals to find the best deals on these sterilization programs to keep animal populations under control, but it’s still a major financial commitment even at the low end of the scale. That’s why she says that the stray animal problem is generally worse in low-income communities where people can’t afford to have their pets sterilized, or sometimes even to feed them adequately.

There’s also a high university student population in the vicinity of Annex Cat Rescue, and Gossen says that’s another group that presents challenges.

“Students will often have a cat for the school year and then when they go home for the summer they leave the cat at the dorm or just release it outside. And most of those cats aren’t neutered or spayed because students don’t have the money to pay for it.”

Toronto Animal Services offers two lower priced spay and neuter clinics in the far western part of the city, which aren’t convenient to get to for many people. Like other local animal lovers, Gossen's waiting to see what will happen with the Toronto Humane Society’s plan to develop a high volume spay and neuter clinic at its downtown headquarters. It claims to need $310,000 to launch and operate the clinic, and its website says it has thus far not collected any money.

While many dog rescue organizations cater to a particular breed, Toronto has a number that help all types of canines, including 4 Legged Love, Speaking of Dogs Rescue, Adopt-a-Dog/Save-a-Life, Ugly Mutts All Breed Dog Rescue and Hatton Dog Rescue.

There are similar animal rescue operations across Canada and the United States. You can find many of them on PetFriendly Canada’s website if you wish to volunteer your services or donate money to these worthy causes. 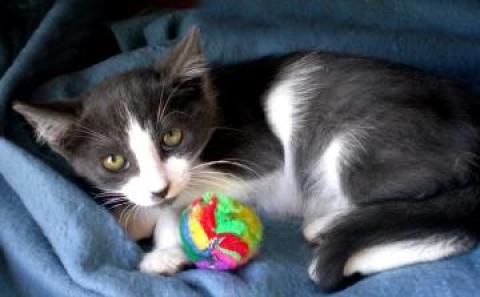 Here are some helpful tips to follow if you find a stray animal:

1. Report the animal to the Humane Society as soon as possible, and follow up with it regularly.

2. Try to trap the animal and get it to a vet in order to check for microchipping and illness.

4. Take photographs of the animal and post “Found” posters around your neighbourhood.

5. Go door to door with the photographs and ask your neighbours if they recognize the animal. It’s also a great way to raise awareness amongst your neighbours, as maybe one of them has a shed or garage they can convert into a temporary shelter.

6. Check that the animal is well fed and continue to feed it regularly. You should also get it neutered/spayed, make sure it gets its shots, and perhaps put a collar with your phone number on it. If it’s tame, see if anyone you know would be interested in fostering and helping with expenses. Once it’s healthy and adoptable, put up adoption posters or otherwise try to find it a loving home.