How To Help Victims Of Hurricane Sandy 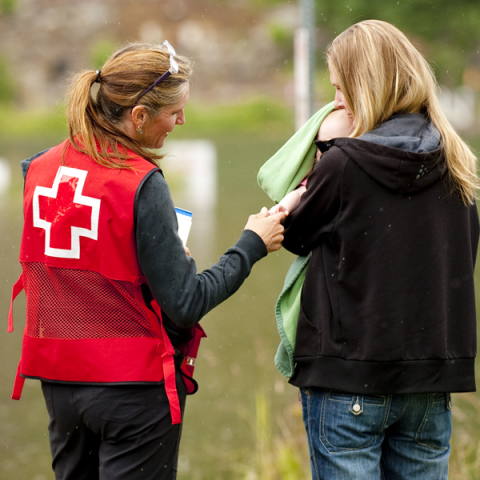 For many of the affected countries, Hurricane Sandy proved to be one of the deadliest and costliest natural disasters when it touched down in late October. The death toll is currently at 157 — 88 in the United States, two in Canada and 67 in the Caribbean.The damage is extensive, ongoing and estimated to cost $55.4 billion USD across the Caribbean, Mid-Atlantic and Northeastern United States.

Haiti, which is still recovering from the 2010 earthquake, August’s Tropical Storm Isaac and an ongoing cholera outbreak, is vulnerable. Refugee camps in the capital Port-au-Prince are flooded or leaking, and crops have been wiped out by the storm.  The province of Santiago de Cuba is hard hit, with $80 million in infrastructure damage and failed electricity and water services. Jamaica, The Dominican Republic, Bahamas and Bermuda are also affected.

In the United States, President Obama has declared major disasters in New Jersey, New York City and Connecticut. As of early morning, November 1, over 1.9 million customers in New Jersey and 1.5 million in New York are still without electric service. Many evacuees remain in temporary shelters, and catastrophic flooding has destroyed entire neighborhoods, particularly in Hoboken, N.J.

Relief groups are actively working to assist victims of Hurricane Sandy. Here’s how you can help:

The Canadian Red Cross is providing relief operations — food, water, shelter and local services — for affected communities across the Caribbean and the United States. Financial donations may be given to support efforts across the regions through the Hurricanes 2012 fund, or can be donated directly to the United States recovery operations through the Hurricane Sandy – USA fund. www.redcross.ca/helpnow or 1-800-418-1111.

CARE emergency teams are on the ground in Haiti and Cuba. In Haiti, responders are delivering emergency clean water and hygiene supplies in Grand’Anse to halt the spread of water-borne diseases such as cholera. In Cuba, the focus is on repair items for the housing sector and on reaching female-headed households, which are often the most vulnerable in the aftermath of disasters.

Save the Children has mobilized its teams to the most affected areas of New Jersery to address the needs of children and their families after the storm. Financial donations are being accepted toward the Hurricane Sandy Children in Emergency fund.

Feed the Children’s New Jersey distribution centre is without power as of October 31. Staff cleanup operations are underway, and the organization is prepared to ship 20 truckloads of relief supplies to assist in the coming weeks.

The Salvation Army is providing food, water, clothes and shelter throughout affected areas in New Jersey via 15 shelters. Financial donations are being accepted at www.salvationarmyusa.org or 1-800-SAL-ARMY.

The Humane Society of the United States is on the ground in New York and New Jersey providing animal sheltering assistance for evacuated families and their pets. If you are planning to donate to a non-profit organization, always verify its legitimacy to ensure your donations go where intended. Charity evaluators such as Guidestar and Charity Intelligence Canada are helpful resources.

If you are planning to donate to a non-profit organization, always verify its legitimacy to ensure your donations go where intended. Charity evaluators such as Guidestar and Charity Intelligence Canada are helpful resources.