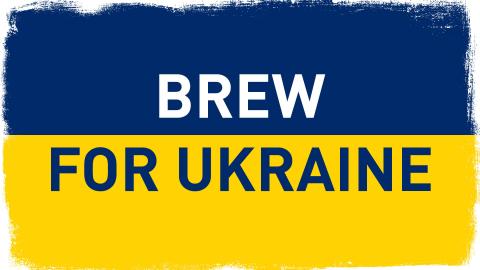 Lviv, Ukraine’s Pravda Brewery has switched from making beer to Molotov cocktails to help people defend themselves against Russian soldiers who invaded their country last month, so it’s asking breweries around the world to show support by creating their recipes and donating to its Ukrainian relief fund.

“Brewing in Lviv now sounds like a non-priority,” says the Brew For Ukraine page on Pravda’s website, where donation information can also be found. “The city is bracing for a fight.

“Alcohol is forbidden, and we once in a lifetime support it. But brewing now – like giving birth or a marriage – is hope. Beer takes several weeks to be ready. We hope we win by then.”

Pravda is inviting craft breweries around the world to join it for online brewing sessions it will stream beginning on March 8 at 11 a.m. Ukrainian time (4 a.m. EST).

“As peaceful craft brewers, we want to return to the normal life asap and enjoy brewing and drinking,” the web page continues. “But first we must kick the cockroaches out of our land.

“No more Gulags, Holodomors and oppression. It’s a decisive moment for Ukraine, Europe and democracies of the world.

“Soon will win this war and have a good beer. The Beer of Victory.”

Holodmor was a famine in Soviet Ukraine in 1932 and 1933 that killed millions of Ukrainians. The term Holodomor emphasises the famine's man-made and allegedly intentional aspects, such as the rejection of outside aid, the confiscation of all household foodstuffs and the restriction of population movement.

The Holodomor has been recognized since 2006 by Ukraine and 15 other countries as a genocide of the Ukrainian people carried out by the Soviet government.

Pravda opened in 2014 and has the capacity to brew 1.5 million litres of beer annually. The brewery has won 14 awards in world beer competitions and exports its products to 13 countries, including Canada.