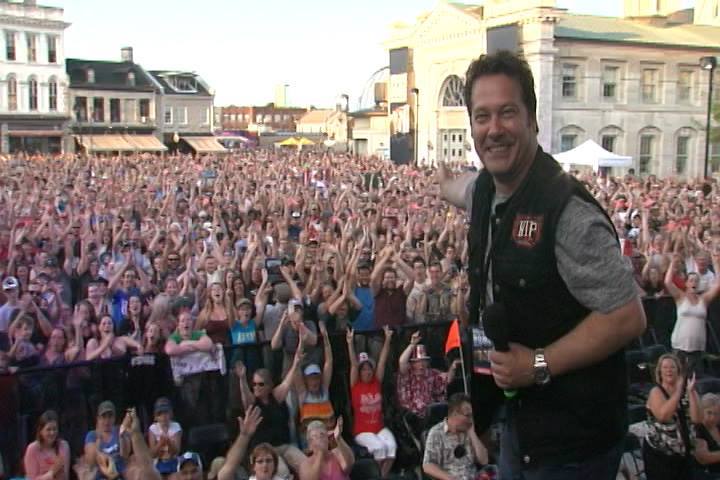 A group of Kingston, Ontario musicians are coming together to share their music and the message of hope and reconciliation as part of a Gord Downie Tribute Concert, to be held at The Ale House tomorrow (July 20).

All money raised from the event will be divided between and donated to two local and two national charities: The Gord Downie Fund for Brain Cancer Research, Queen’s University Cancer Research Institute, The Gord Downie & Chanie Wenjack Fund and The Kingston chapter of the Ontario Native Women’s Association (ONWA), all causes inextricably linked to the late singer of The Tragically Hip — Indigenous people and cancer research.

In The Hip, Downie was always an advocate for social justice, with particular sensitivity to the plight of many First Nations communities and families. He used the final years, months and days of his life to highlight their plight, and the social ills that inundate many Indigenous families due to decades of economic deprivation and the legacy of colonization.

As a musician, he was beloved by millions of Canadians, and eminently respected by the musicians, poets and artists he inspired back in his home community. His death after a valiant battle with brain cancer in October of 2017 is still raw for many of his fans, and especially for the residents of Kingston.

According to Bill Welychka, a former MuchMusic personality and now host and producer for CKWS Daily, a show on the local Global affiliate station in Kingston, who helped organize the Gord Downie Tribute Concert, and is acting as the event’s MC, the idea started with a simple poem.

“The show gained momentum pretty quick here in Kingston and came from a simple idea – a poem emailed to me by a viewer. I love my job at CKWS because it affords me the beautiful luxury of working with many awesome people, but also the amazing chance to shine a spotlight on an endless amount of worthwhile community endeavours,” Welychka tells Samaritanmag. 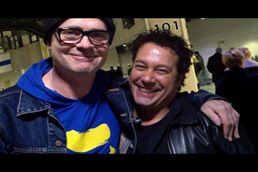 “This undertaking started with a Facebook friend, Tammy Selena Tuck. About four months ago, Tammy messaged me a poem she wrote about Gord Downie. She asked me what she can do to get it out there. I said that the public will come if music is associated. Perhaps get a charity involved. After many changes, additions, phone calls, texts and emails, July 20 became a reality.

“And I look at the night as honouring Gord Downie in what I think were his three biggest legacies. First, his music, art and poetry. Brain cancer research, Indigenous issues and reconciliation. When it came to my involvement I would do anything for our Hip guys, including honouring Gord’s legacy.”

Doors to The Ale House, located at 383 Princess Street, will open at 6 p.m. with the show starting at 7 p.m. Prior to the start of the event, representatives from the local Indigenous community, led by Grandmother Kelly Brant, will hold a special smudging ceremony outside the venue as a way to bless the facility, the audience and participants.

Before his death, he spearheaded the development The Gord Downie & Chanie Wenjack Fund (DWF) a few years after learning of Wenjack’s story. As part of an official policy like thousands of other First Nations children in 1963, at age nine, Chanie was sent to a residential school 600 kilometres from his home to Kenora. The day he arrived, he and nine other children ran away - all but Chanie were retrieved. A week after he fled, his body was found beside the railroad tracks, after he died from a combination of exposure and starvation. It is, unfortunately not an uncommon story regarding the former residential schools program.

Understanding the legacy of despair, family dislocation, mental illness and the damage it had done to First Nations cultures and communities, Downie wanted to use his drawing power as a famous musician, and the power of his poetry as one of Canada’s foremost songwriter’s and lyricists, to help. Immersing himself in Chanie’s story, that of his family and the broader First Nations community, Downie was on the forefront of reconciliation before many others.

The Downie-Wenjack Fund is one manifestation of that impact and one of Downie’s most enduring legacies. According to the Fund’s website, it is led by Indigenous people and headquartered on Indigenous land. It is governed by a board of directors that includes both Indigenous and non-Indigenous people, including Harriet Visitor, Chanie’s niece, noted First Nations singer/songwriter/activist Buffy Sainte-Marie, and Gord Downie’s brother Mike.

“In collaboration with the Wenjack family, the goal of the fund is to continue the conversation that began with Chanie Wenjack’s residential school story, and to aid our collective reconciliation journey through awareness, education and action,” reads the fund’s mission statement.

The Kingston chapter of the Ontario Native Women’s Association (ONWA) is also a beneficiary of the July 20 tribute show proceeds. The mandate of the ONWA is to support and encourage women to take up leadership roles in their families and in the community, in order to ensure the priorities of aboriginal people, and aboriginal women, are reflected in municipal, provincial and federal policies and programs.

Two cancer research organizations will also benefit from the proceeds of the concert. The first is the Gord Downie Fund for Brain Cancer Research at Toronto’s Sunnybrook Health Sciences Centre. According to the hospital’s website, since 2016, nearly $2 million has been raised, with the funds being split between the Gord Downie Fellowship in Brain Oncology, and for construction of the G. Hurvitz Brain Sciences Centre, which is highlighted by clinical and research space for neurologists who care for patients with brain cancer.

In his hometown of Kingston, money will be funnelled to the Queen’s University Cancer Research Institute, which was founded in 2001. At present there are more than 250 faculty, graduate and post-doctoral trainees and support stuff, dedicated to various key aspects of cancer research.

Tickets for the July 20 Gord Downie Tribute Show at The Ale House in Kingston are $30 each and available here.

Eddie Van Halen’s son Wolfgang wrote a touching song "Distance" for his late father that is resonating with many people who have lost someone. "No matter what the distance is, I will be with you," he sings. Couple that with a beautiful video featuring home movies of the two of them together, since Wolfgang’s birth, saying lots of I love yous, and it literally brings a tear to your eyes. The song is the first from the legendary guitarist’s son under his solo band Mammoth WVH.  Eddie died Oct. 6 of cancer. Proceeds from “Distance” go to “Pop’s favorite charity,” wrote Wolfgang, Mr. Holland's Opus Foundation, which has donated more than 33,000 musical instruments to 1579 American schools over 24 years. Buy it here. — Karen Bliss

END_OF_DOCUMENT_TOKEN_TO_BE_REPLACED

Legendary Canadian singer-songwriter Murray McLauchlan addresses white privilege in his tell-it-straight folk single “I Live On A White Cloud." After George Floyd's murder and the global outrage against systemic racism, he was prompted to look hard at himself and his own advantages as a white man.  “I thought, ‘If I watch all this go down, and shake my head but say nothing, I’m just as guilty as anybody else,’” he explains in a press release. “I recognized my life has been easier — even in its difficulty from time to time — because of what I am.”   Watch the video here — Karen Bliss