Jewel’s Foundation Partners On Give A Drop Campaign 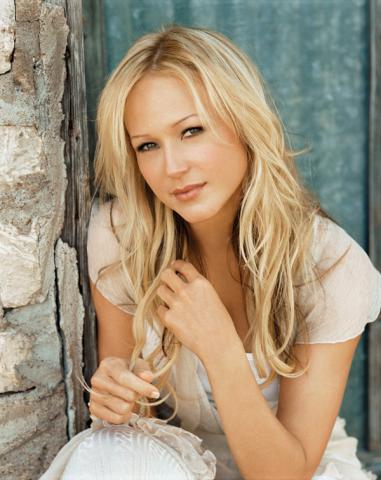 Jewel Kilcher’s 1995 album, Pieces Of You, is one of the most successful debuts of all time — selling 12 million copies in the U.S. alone. She was just 21. Only three years earlier, while homeless for a year, she became ill and struggled to buy the two gallons of purified water she needed for her ailing kidneys. So in 1999, a career in music well on its way, she co-founded Project Clean Water, then called The ClearWater Project.

“If we’re in the States and we can’t drink our tap water, what’s it like in a Third World country where you can’t even buy bottled water?” Jewel told Samaritanmag, during an interview to promote her new country album, Sweet and Mild, out June 8. “I thought that if I ever got in a position to help, I would look into it.

“So when my life did turn around, one of the first things I did before I even made a lot of money was to set up the charity. It’s been a great experience and it’s a great charity to have because it doesn’t take a lot of money to make a difference. Cancer research takes millions and millions of dollars. This was something that I felt I could do on my own.”

Project Clean Water targets villages around the world with a lack of clean water and works with them to find sustainable solutions to their problems. The non-profit foundation has so far helped more than 30 communities in 13 countries on five continents.

“Five thousand dollars can build a well and change the lives of people in an entire village,” Jewel says. “It’s an affordable thing and it’s an acute problem.

“It’s one of those things where you don’t realize that more than a billion people in the world are affected by a lack of clean water and over 3.5 million people die every year, which is more than AIDS, cancer and heart disease combined. It’s a big problem that’s actually very solvable.”

The singer/songwriter, who uses just her first name professionally, has sold 27 million albums to date and has used her high profile to push a number of causes over the years.

She goes on to write that in 2007, “I turned the operation of The ClearWater Project over to Jewel and Shane. Formerly only a project of HGH, it has now been established as a separate non-profit, using the opportunity to also change its name to Project CleanWater to distinguish itself from similarly named non-profits.”  Go to http://www.jeweljk.com for developments.

Project Clean Water recently partnered with Virgin Unite and the Voss Foundation to create the “Give A Drop” campaign (http://www.giveadrop.com). Five-dollar donations can be made by texting the message “DROP” to phone number 85944. Money raised through text donations will benefit the partnership, which is currently working in Pel in the Dogon region of Mali, where 40 water retention structures were recently completed. Work will soon begin to help rural villages in southeast Ethiopia expand their access to clean water.