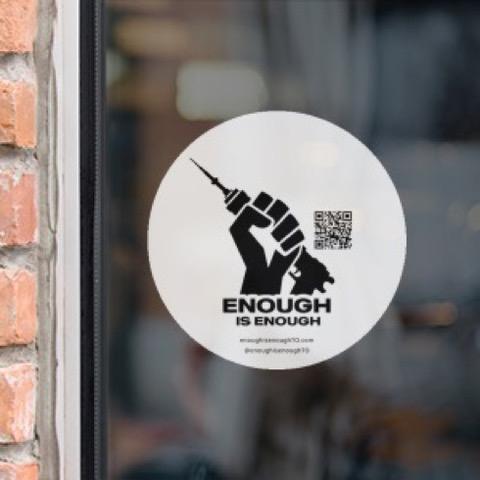 Toronto music producer Dub J assembled a high-profile group of local hip-hop artists to record a new song called “Wish I Could” that speaks out against rising gun violence in the city and is part of a wider campaign called Enough Is Enough.

JRDN, Maestro Fresh Wes, JD Era, Bizz Loc, Turk, Roney and Jelleestone contributed to the track, which is available on streaming platforms and will be the closing theme song for the American feature film Sons 2 The Grave. The Knemesis directed a video for the song.

“The multigenerational component combined with the life experiences and knowledge that these artists bring to this song is very powerful,” Dub J said in a media release. “I truly believe this is the most important Canadian hip hop record ever made.”

The song is part of the new Enough Is Enough initiative launched by Dub J, who’s been in the Canadian music industry for more than 20 years and lost friends to gun violence. All proceeds from “Wish I Could” sales will go to Enough Is Enough.

The primary goal of Enough Is Enough is to bring national awareness to the heightened acts of gun violence in Toronto. It aims to connect people to organizations in Toronto that are committed to putting an end to gun violence in the city.

Enough Is Enough’s initial partners are:

Turk Foundation, a youth outreach initiative from rapper Turk, offers care and support to young people from neighbourhoods susceptible to gun and gang violence and teaches them leadership skills and ethical decision making.

Power 2 The People is a non-profit organization established this year to help marginalized and at-risk youth, individuals and families in low social-economic communities by focusing holistically on providing opportunity, resources and support.

One By One Movement is a think tank aimed at decreasing extreme acts of violence by assisting organizations from the grassroots level up to the government level with strategy and social programming development.

The Forgiveness Project is a Toronto-based non-profit community outreach program that works with youth and young adults around themes of forgiveness, restorative justice and conflict management.

Zero Gun Violence Project provides youth with resources, support and information to help end gun violence within their community. It also works with community members and organizations to help them develop skills and tools to help create safe and healthy communities.

Body By Chosen is a fitness training operation with a non-profit organization called Mentorship By Chosen that’s worked with thousands of kids at Toronto shelters and schools.

Toronto directors, including Knemesis and Brown Guy Made This, have agreed to no longer shoot videos for songs that can incite violence to promote Enough Is Enough’s message.

Another goal is to make Enough Is Enough’s powerful logo, featuring a clenched fist with a pistol coming out of the bottom and the CN Tower emerging from the top, visible around Toronto. Dub J has connected with clothing, sneaker and jewellery stores in an effort to promote it.