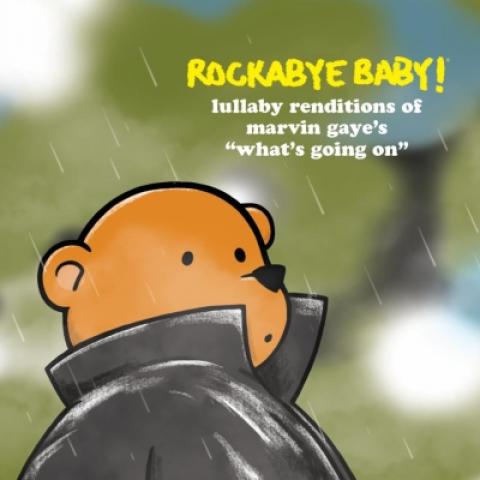 To commemorate the 50th anniversary, to the day, of the late Mavin Gay’s landmark album, What’s Going On, Rockabye Baby has released lullaby renditions of all nine songs with proceeds going towards Colour of Change, an organization focused on fighting racial inequalities faced by Black people in America.

“We move decision makers in corporations and government to create a more human and less hostile world for Black people and all people. Until justice is real,” it reads on the Colour of Change website.

Rockabye Baby takes the sounds of popular songs and turns them into instrumental lullabies. The group has sold nearly 2 million CDs and has garnered over 1 billion streams, according to the press release for Lullaby Renditions of What's Going On.

“As a young child, I watched the civil rights movement, the Vietnam War, and the aftermath of the assassination of Dr. Martin Luther King Jr. unfold on our streets and on my family’s black and white Zenith television,” she said in a press statement. “I later came of age during Roe vs. Wade, the Equal Rights Amendment, Watergate, and the anti-war movement, and I was a product of a public school system that had been desegregated by federal mandate.

“All of this informed every aspect of who I am today: my values, beliefs, the choices I make and the people and things I care about. Marvin Gaye’s concept album What’s Going On was, and still remains, the soundtrack to it all,” she said, adding, “The themes of injustice and suffering so poignantly expressed by Mr. Gaye are still terribly relevant today.”

Gaye was murdered in 1984 by his father. He was postumously inducted into the Rock and Roll Hall of Fame, the Songwriters Hall of Fame, and received the Grammy Lifetime Achivement Award.

The album can be purchased on Rockabye Baby’s website for $16.98 CDN, with all proceeds from sales and streaming going directly to Colour of Change. The group’s video for the lullaby version is on YouTube; the song is available for streaming on Spotify and Apple Music.