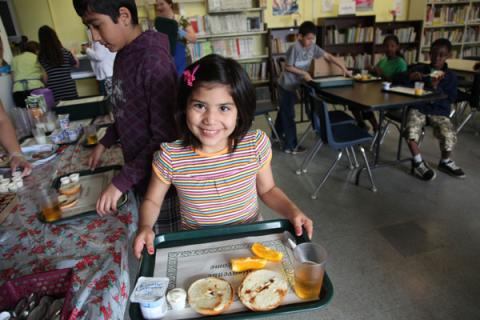 For most Canadian kids heading back to school this fall, the biggest worry will be having the right clothes, the coolest tech toys and some awesome summer vacation stories, not having enough to eat each morning.

And yet in Canada last year, some 106,000 needy children from coast to coast would have started first period on an empty stomach were it not for Breakfast Clubs of Canada, which dished up some 16 million meals during the 2010/2011 school year.

Or they wouldn’t eat nearly as well in safe, supportive, accessible environments that are sensitive to their cultural and dietary needs.

The back story of Breakfast Clubs of Canada (BCC) founder/president Daniel Germain is pretty inspiring, too. A sort of real-life Machine Gun Preacher, the Quebec-born Germain turned a life of crime into one of charity, caring and activism, becoming a Member of the Order of Canada — among other marquee achievements — in the process.

“I ended up in the Third World trying to find myself,” the 48-year-old Germain offers Samaritanmag while taking a break from a west coast holiday. “I was raised in a very challenging environment to say the least, and at 23 I got arrested in New York for drug trafficking.

“When I got out [of prison] two years later, I wanted to change and the first thing I did was sign up for a humanitarian trip in Mexico City. I realized I was not so bad off. I vowed to fight for kids knowing I didn’t have much to offer but completely focused on this promise.”

Germain continues: “People are stunned this program needs to exist in Canada. I was, too. When I first started working with children in Mexico City and Haiti, someone once said to me, ‘Yes you’re working with kids here but what are you doing at home?’ I was like, ‘Uh. I’m not doing anything.’

“This person said to me, ‘It’s impossible to have a vision for the world if you don’t have a vision for your home.’ Even though child poverty in Canada wasn’t and isn’t as stark as in Haiti, it exists and it presents tremendous challenges. Eighteen years ago in Quebec, I started doing something in one school [founding Clubs des petits déjeuners du Quebec in 1994] and learning more about the problem.

“When you play soccer with a kid in a dump in Mexico City, they have fun and laugh. You wonder why, and the truth is they don’t know what they’re missing. In our country, kids living in poverty are reminded of that every day as they go to school, watch TV, walk on the street. They see stuff they will never have access to and it affects them.” 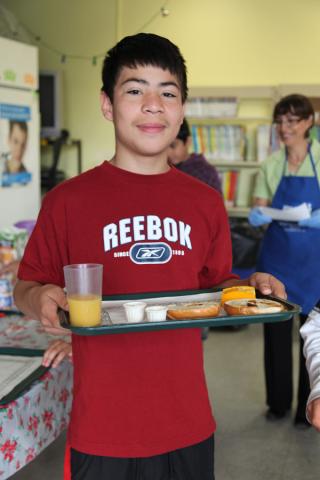 Considering it costs about a dollar a day to feed one child in one of its breakfast programs, BCC’s mission — ably abetted by multiple partners at the financial, media and products and services level plus private donors — is as much about fighting systemic poverty as it is about filling bellies from September through June.

The organization is unequivocal on this point: “It is Breakfast Clubs of Canada’s dream that all children have an equal chance to start their school day with a nutritious breakfast in an environment that fosters self-esteem,” it states on its website.

While BCC serves meals in every province from Newfoundland to B.C., the needs are especially acute among First Nations children, where the programs are comparatively new (instituted in the last few years) but potentially highly impactful.

“Between 30 and 40 percent of First Nations communities have a 100 percent drop-out rate,” Germain adds. “Some of those stats aren’t even matched in Africa.”

And as Germain explains, part of BCC’s success in First Nations communities can be attributed to its laissez-faire approach in introducing the programs.

“We don’t impose it; we just offer it. As a result, the support we got from chiefs and leaders across the country has been unbelievable. It’s not about us telling them what to do. It’s about us sharing our expertise in something we do quite well.

“Honestly, as a Canadian I am so ashamed by what I have seen in those communities,” Germain says. “When I am speaking about it, I often see judgment in the eyes of people hearing about these situations. People say, ‘Yeah Daniel but the parents they drink and do this and that.’ To which I say: Children are 100 percent not responsible for the situation they are in. It’s a lot more complicated in First Nations communities; there are government issues, history all mixed together.”

More than just slinging hash, Breakfast Clubs of Canada help individual schools located in remote or low-income areas to institute and execute the programs while spreading the word about their availability — key with something that carries potential stigma for its constituent base. Participating schools remain anonymous and kids never need to reveal that they are part of the program. 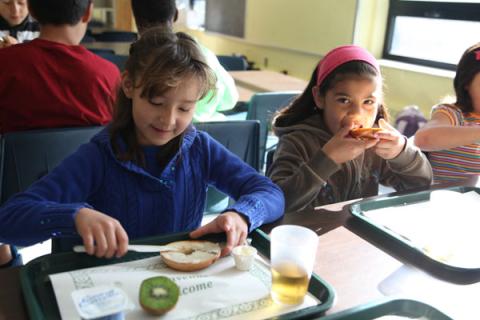 Major corporate sponsors from Walmart to Kellogg’s to Minute Maid, Danone to Weston are among the many on-board; and individuals can text the word BREAKFAST to 45678 and $5 will automatically be donated to Breakfast Clubs of Canada.

“I have been the spokesperson for many years and now it’s time for teenagers and adults that have gone through our programs to step up,” Germain says. “For example, one young woman from Quebec [19-year-old Sabrina Provost] is becoming a doctor. She has been speaking on our behalf all year about our program. And she says that without the Breakfast Clubs, she wouldn’t be where she is at this academic level.

“It may not be appealing for people to admit to having relied on the program but it is so necessary for the public to understand the benefits of feeding those kids and supporting our program. By noon, 60 percent of the school day is over, so if we are going to give kids a chance to succeed academically — even if they have many more issues at home — at least we can give them the most important meal of the day to help break that cycle of poverty.

“In 2005, the UN named the program in Quebec one of the three best school feeding programs in the world. And I am sure in the coming years we will be ready to help other countries institute similar programs.

“I have often said we are not building an organization. We are pursuing a dream,” Germain says. “We really mean that. It’s not about having more money. It’s about having the program be accessible to all the schools that need it.

“Plus, in the long run, the goal is to overturn a situation that doesn’t make sense in a country like Canada. We want to be part of the solution, and while we’re working on making the problem disappear, we want to help the children.

“Our success will be counted in the future when we are put out of business.”