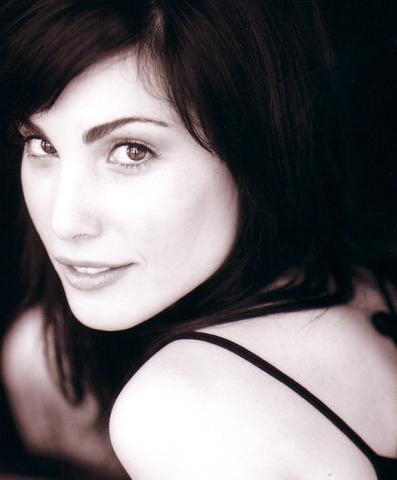 Canadian actress Carly Pope, who stars in the new modern romance movie, Textuality, in which she is seeing four men intimately, doesn’t live in Vancouver anymore where she volunteered for three years at OPTions For Sexual Health (formerly Planned Parenthood of British Columbia), so she has become involved with Planned Parenthood America.

There is a different need there, she notes, simply because healthcare isn’t publicly funded as it is in Canada.

BC-based Options for Sexual Health is Canada's largest non-profit provider of sexual health services through clinics, advocacy, education programs, and the 1-800 SEX SENSE information and referral line. In February of this year, the organization celebrated 50 years in existence. It changed its name from Planned Parenthood in 2004.

“Options for Sexual Health supports the unrestricted right of all women to choose when and if to have children,” it states on its web site. “We support the right of young people to receive the sexual health education and services they seek, based on their informed consent.”

When she still lived in Vancouver, Pope worked the phone line at Options, which acted as an information, resource and referral service for callers of all ages.

“I felt like the purpose was to get people involved in healthy sexuality, which is super positive, and, at the end of the day, it was taking the shame out of the subject,” Pope says.

“I would work out of the office. It was a volunteer job so I would be on the phone line and then they would have a nurse as well who was there for any of the questions that might be more specific [that I wasn’t qualified to answer].”

She stresses that Options or Planned Parenthood is not just for pregnant or uninformed teenagers, as some might assume.

“It’s for everyone,” Pope says.  “That was what was so incredible — to actually see that no matter what age, no matter what class, no matter what race, people had questions about it because they’ve either never been answered, or they’re coming [across] something new and maybe they’ve been out of the game for a while and they don’t know what they need to think about. It was such a rainbow of topics. I love Options for Sexual Health. That was an amazing three years of my life.“