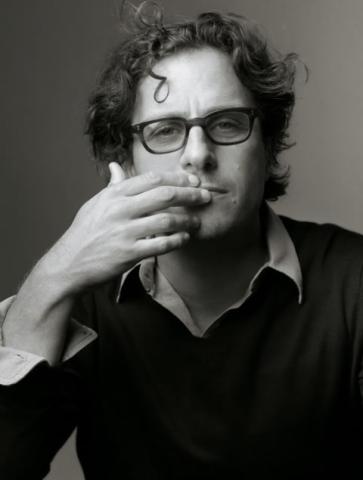 Sometimes movies aren’t just entertainment. A well-told issue-oriented documentary can have an impact long after it has been viewed.

Director Davis Guggenheim has made some great rock ‘n’ roll films — he was in Toronto last week to premiere his U2 doc, From The Sky Down, and in 2008 released It Might Get Loud, an exploratory exchange between three of the world’s best guitar players, Jack White, The Edge and Jimmy Page — but he tells Samaritanmag.com that 2006’s An Inconvenient Truth, Al Gore’s global warning on global warming, and 2010’s Waiting For Superman, an indictment on America’s educational system, continue to resonate.

“It’s changed me,” Guggenheim says, sitting in the screening room at Toronto’s Hazelton hotel. “When I was coming out of college, I was like, ‘You know what, the documentary form is dead. All those films in the 60s and 70s, which changed the world, and woke people up, aren’t working anymore. And now, after making those movies and seeing the response, documentaries are now alive again. They’re now waking people up and they have a new and different role. So it’s renewed my feeling that storytelling is essential.”

Once a documentarian tells the story, he or she hands it over to the public to take that information and either ignore it or act. Guggenheim has seen some impressive action, he says.  “From both movies. The awareness numbers of global warming, people who are changing their lives and changing their behaviour, it’s very well documented on the Take Part web site [ClimateCrisis.net].

“With Waiting For Superman, laws have been passed. One hundred and seven thousand people, after seeing the movie, gave something to a teacher. Ninety-one percent of those people did it for the first time,” Guggenheim says, quoting statistics culled from Donors Choose, an online charity connecting the public with classrooms in need, with which the production partnered.

“But there’s more stuff. Three million people saw the movie. Hundreds of people have become teachers because of it.  It’s really exciting. But it is a morphosis. It’s a story; it’s not teaching a kid.  But stories do have a power to inspire, but inspiration is hard to calculate. But it’s profound.”

Waiting For Superman has an "action" page, which offers suggestions on how to fix education and also how to host a DVD house party. Click here.

The new U2 documentary is all about the band, featuring footage during the making of the album Achtung Baby 20 years ago and the member’s perspective now, but there's no mention of frontman Bono’s personal politics and social activism.  He is undoubtedly one of the most visible and effective of today’s musicians in bringing to light the dire state in much of Africa, whether it be HIV/AIDS, malaria, famine or debt.

Spending time with Bono over the five-and-a-half months it took for Guggenheim to make the film, he was able to get him to open up about many things, but they never discussed important world issues and the possibility of another documentary with his humanitarianism as the focus.

“We didn’t talk any politics at all,” says Guggenheim. “But I’d like to. I’m so inspired by what he does. He’s walked a very good line in terms of using his power to do good and inspiring people, [making] political leaders on both sides face some issues. I think he’s a rock star in the political world. “