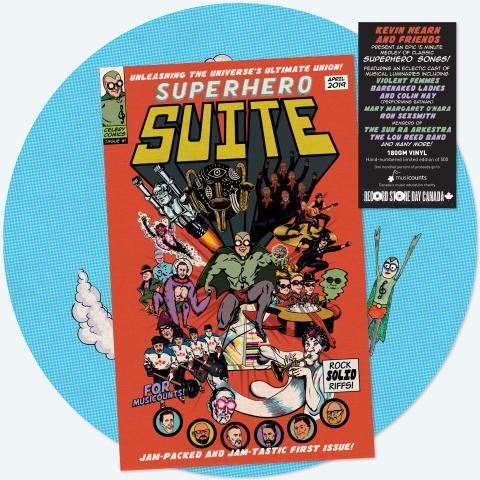 All proceeds from the sale of the limited-edition run of 500 vinyl discs — at only 44 participating record stores nationwide — will go to Musicounts, CARAS’ charitable arm that grants musical instruments to Canadian schools and community groups.

Kevin Hearn and Friends Present: The Superhero Suite features superhero-related songs, including the classic Batman theme performed by Violent Femmes, Barenaked Ladies and Colin Hay, and from the 1978 soundtrack of Superman.  Carole Pope, Alan Doyle and Ron Sexmith also contributed to the EP.

“This project was a fun and epic way to make music with friends, all in the name of a good cause. Music is a beautiful, universal language that can change lives. It’s powerful and healing. Every child should have the opportunity to explore, learn, and make music," Hearn said in a statement.